Showing posts from January, 2009
Show All

January 21, 2009
Some time ago, several articles surfaced which laid claims about President Obama having Irish roots. In fact, sites such as ancestry.com produced "evidence" of such. In fact I had a quick scour of ancestry.com and found a deeply commercialized and deeply inaccurate site which had no real accurate records even of the last 100 years.

So I decided to delve a little further, and see if it could accurately match up my own family information based on information I have from the recently published 1911 census of Dublin. (Actually although its an official document, there are, according to my family, some inaccuracies, for example my maternal grandfather's family has wrong ages, incorrect numbers of children etc). I have a few long deceased family members with distinctive names, and tried entering them into the ancestry.com database.

Not one turned up. For example, I can locate several grandparents to their parental homes in 1911, complete with siblings, and even maids. Yet n…
Post a Comment
Read more

The coolest loo ever 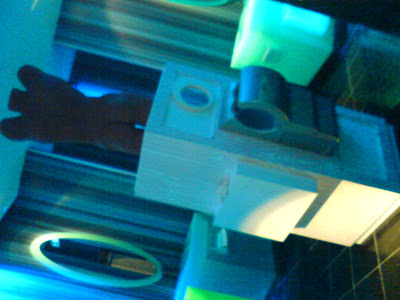 They even have a tv!

The small man hugs a giant 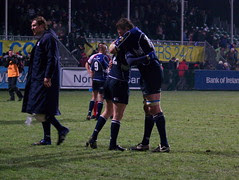 The small man hugs a giant
Originally uploaded by lff12 A really nice photo from a poignant moment. Out of interest, the Doctor is 6 foot tall himself!
Post a Comment
Read more

January 06, 2009
It was with sadness that I read that the last few remaining FW Woolworth's stores in the UK were closing today, after selling off everything from the remainder of their stock to staff lockers, and even the baskets in the shop!

I recall when the chain pulled out of the Republic in the late 1980s, having been a magnet for me as a kid. In fact, not only was my Mother's first job in a Woolworth's store in Dublin, so was my Grandmother's first job. They were one of the first stores in the Republic to use the self service format in Dublin, which made them very attractive to consumers (and shoplifters!)

I also remember that when the chain pulled out of the south, they remained in Northern Ireland, which made family trips to South and East coast County Down even more attractive and novel to us, even as bored teenagers. So I was sad to hear that even there, the chain is no more.